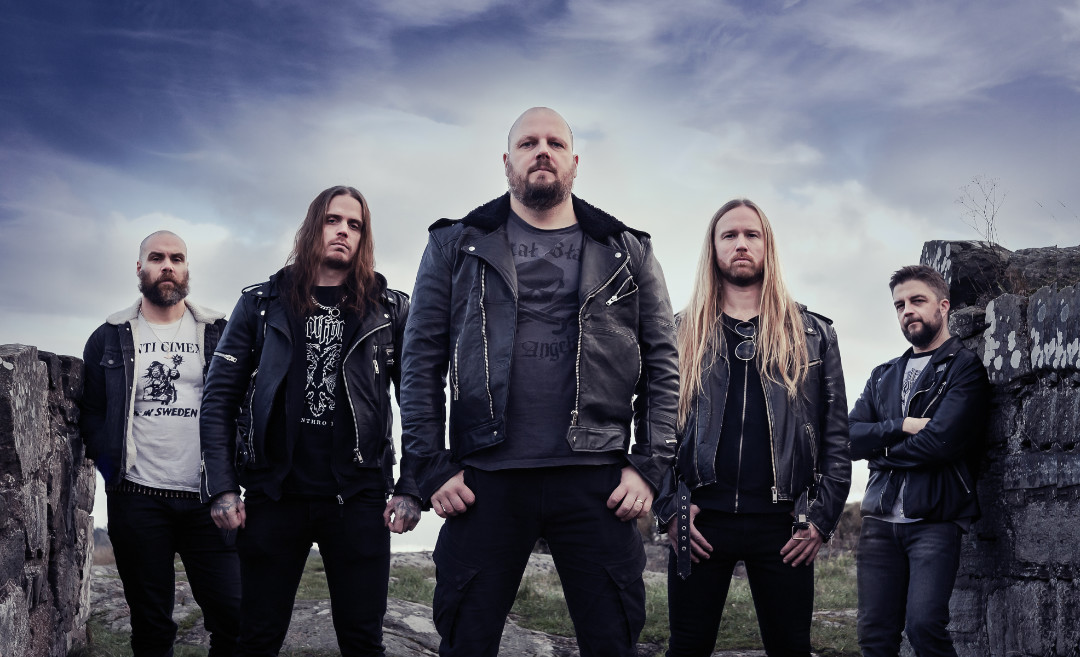 Having celebrated their thirtieth anniversary in 2020 [their first eight years spent as Crown Of Thorns], The Crown have proven themselves one of the most enduring forces in death metal. In 2021 they further up the ante with Royal Destroyer, a record that sets a new standard for the genre. "It is our album number ten, so now we are in the big boys club," says bassist Magnus Olsfelt. "I think it in some ways is our crowning achievement, and it encompasses our sound across all albums on one defining record. It's got it all - the early 90s death metal stuff, the haunting melodies, the thrash, the punk, the grind, the heavy metal and the more epic and doomy stuff."

With 2018's Cobra Speed Venom the band reached the same lofty heights as their 2002 landmark release, Crowned In Terror, but they were primed and ready to write its successor. "It surely set the bar up high for a follow up, but it's more inspiring than daunting. We have a real good vibe in the band so we know we are capable of creating great stuff if we all just put our hearts to it and work hard." Confident, they pushed ahead, with the idea of making a sequel to Cobra Speed Venom, a sequel meaning "more of everything". Starting to seriously work on the songs after the 2019 touring cycle and festival season ended they wrote and rehearsed the songs intensely for a whole year before entering the studio in October 2020. "We push ourselves to the limit, really trying to make everything as good as it can get, trying to make every song as impactful as possible. You can't do this kind of stuff half-heartedly, that is just a waste of everyone's time. If you do it half-assed you could just as well quit, and I don't think you can fool anyone, not least yourself. It is always a process that is demanding you to involve yourself, and it also is evolving you as both a person and as a band." Olsfelt states that people need to hear the album themselves to be able to accurately describe it, however he believes they have achieved something that makes for a "continuous whole" but that is also diverse. There are also some surprises in store for fans. "We have some of the most intense stuff ever, like one song is about one minute long, and we also have a ballad!"

The title of the record can be interpreted in a number of ways, and Olsfelt hopes that this is what happens with their fans, though asserts that it could be said that "The Crown is a Royal Destroyer". While he believes lyrics should ultimately be interpreted by fans so that the "magic" is not lost, he reveals that "Ultra Faust" is about "the Faustian impulse that is pushing us to explore and conquer new worlds both in history and in the future, both spiritual and worldly. No matter the cost, it is both a blessing and a curse, but it is what we are." Alongside that, "Let The Hammering Begin!" is a tribute to Slayer's late guitarist Jeff Hanneman, and "Scandinavian Satan" is "more a song in the style of the first generation of black metal bands like Venom, Bathory, and Hellhammer, which was very barbaric rock n' roll. The lyrics are taken mostly from the Völuspa, the ancient Nordic myth about the end of the world - it's pretty powerful stuff."

When it came time to track the record the band teamed up with legendary producer Fredrik Nordström at Gothenburg's Studio Fredman. Initially scheduled to be recorded in May, the Covid-19 pandemic pushed back their plans by five months but did nothing to quench the fire or blunt their professionalism when they got into the studio. "The sessions were really smooth. Everything went really fast and I think we had all stuff recorded in a week's time. I put the bass tracks down for the whole album in a couple of hours, more or less first take on everything. Easy work!" Continuing to look ahead rather than back at what they have achieved, Olsfelt sees a bright future for The Crown, and they are willing to put in the necessary effort to achieve their goals. "I hope that we can keep together and do a lot more great stuff. I think this line up we have now is pretty awesome, and my plan is to become a big death metal band by the time I turn fifty, six years from now. Even if we don't make it we still had a pretty good race, but I believe we have lots of stuff yet to accomplish and the best is yet to come." 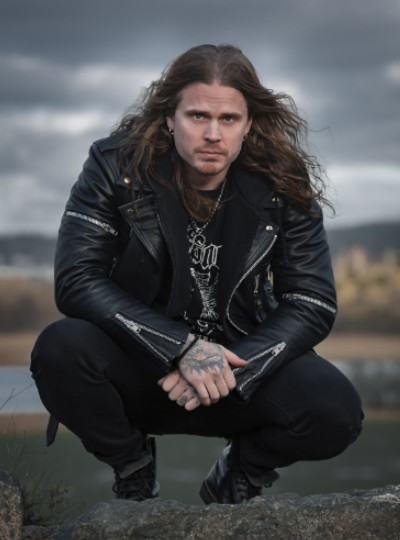 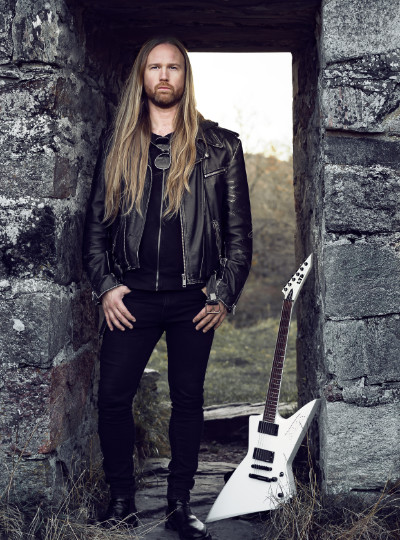 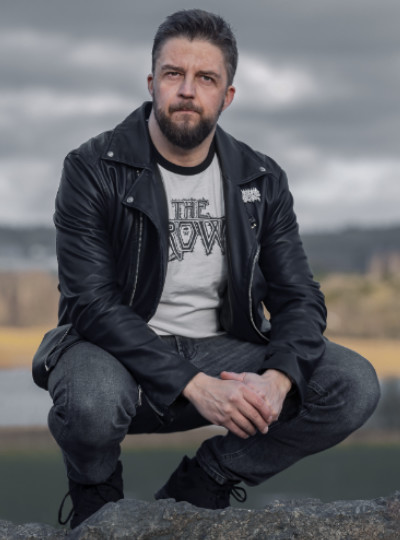